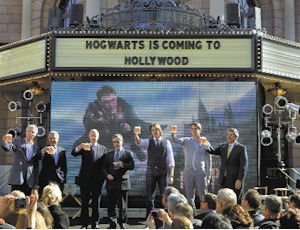 Harry Potter: A replica of Hogwarts castle will anchor the upcoming attraction.

Universal Studios is bringing its popular Wizarding World of Harry Potter attraction to its Los Angeles theme park, a project that will boost theme park attendance.

A replica of Hogwarts castle will anchor the attraction at Universal Studios Hollywood, officials from Universal and Warner Bros...