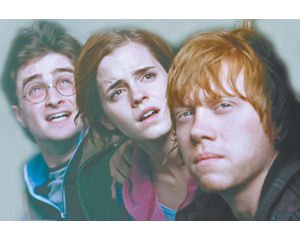 The July 15 box-office release of “Harry Potter & the Deathly Hallows – Part 2,” marks the final installment of the most successful film franchise in Hollywood history, according to box-office sales. But regardless of how the story ends, it’s not likely Harry & Co. will ride off on their broomsticks and disappear forever.

For major studios, film franchises have become a critical component of the release slate and revenue stream. These films take on a post-theatrical life that keep characters in front of audiences through DVD releases, television series, video games, live musicals, consumer products, even theme park rides.

Warner Bros. has a major opportunity to repurpose the characters and keep the franchise alive, said Paul Dergarabedian, an entertainment industry analyst with Hollywood.com.

“The amount of extra footage and behind the scenes is enough to keep that alive in the home video world for another five to 10 years,” Dergarabedian said.

Die-hard fans may consider packing their bags Universal Studios in Orlando, where they can ride the Wizarding World of Harry Potter. The theme park attraction celebrated its one year anniversary in June.

In England, Warner Bros. has conjured up elaborate plans following its purchase of Leavesden Studios, the back-lot where the eight Potter films were made. Starting next year, the studio will offer tours to view the sets, costumes, animatronics, props and effects.

Attempts to reach Warner Bros. executives at the studio’s Burbank headquarters, regarding other Potter-related plans were not successful.

“There are whole layers of cycles that I am sure Warner Bros. has thought of,” to keep the brand alive, said Joy Tashjian, a marketing professional who does licensing deals for television networks and films studios.

The Walt Disney Co., for instance, has found great success with live musicals of its animated and live action films, resulting in a Tony Award for Best Musical for “The Lion King” in 1998. Characters such as Spiderman, the Marvel Comics superhero, and boxer Rocky Balboa are the subjects of upcoming Broadway productions. This summer, another Warner Bros.-owned property, Batman, will kick off its tour of a live, non-musical production with an original story line.

Filmmaker George Lucas has milked the “Star Wars” universe since the original trilogy debuted in theaters nearly 30 years ago. Special editions, prequels, an animated television series, video games, and best-selling books all have continued the story lines of major and minor characters alike.

“With ‘Star Wars,’ the collectors and the fan base are loyal,” Tashjian said. “When they do an anniversary, or a special collector set, there will be people waiting in line.”

While the artists at DreamWorks Animation SKG Inc. focus on creating favorite characters, those in the studio’s marketing department work on keeping those characters in front of their fans.

“The value of that has gotten to be more important as we find there are different ways for content to be exploited,” said Anne Globe, head of worldwide marketing at DreamWorks Animation.

The Glendale studio set a franchise extension pattern with its big green ogre Shrek, which was the star of four films, a holiday television special, and a touring musical playing in Los Angeles starting this month.

Since the studio’s founding, the vision has been to create films with the potential for continuous storytelling, Globe said.

To fill the gap in between the “Madagascar” films, DreamWorks produced an animated series for Nickelodeon based on its four pesky penguins. The series waddled away with six Daytime Emmy Awards this year.

The breakaway 2010 hit “How to Train Your Dragon,” is coming to The Cartoon Network as a series this fall and a live stage show next year.

“(‘Dragon’) was inspired by a book series, but it was easy to imagine the narrative and characters would have additional stories,” Globe said.

A franchise extension must maintain the integrity of the characters, yet take a unique approach, Globe and others say. The “Batman” live show and the “Spiderman” musical are examples of bold and creative thinking, Globe said.

“It is an open pallet – what you can do with characters that audiences are fascinated by,” Globe said.

Still, there are inherent risks in extending a franchise.

The more that’s done with a set of characters, the greater the chance of a misstep with weak material that has fans holding their noses and sullying an otherwise bankable brand, Dergarabedian said.

“You do not want to put a taint on a beloved franchise,” Dergarabedian said.

When it comes to product and collectable tie-ins, success hinges on releasing the products at the right time, and having a reasonable expectation they will sell well, said Tashjian, who has worked licensing deals for shows on NBC and cable channels.

“You get that one shot with the retailers,” Tashjian said. “You need to make sure your product is going to sell through.”

Selling tickets for “Deathly Hallows – Part 2” is not likely to be difficult once it this theaters.

The film will be the must-see of the summer movie season, because it is the final installment of the most popular film franchise, Dergarabedian said.

“Even non-Harry Potter fans many want to see it because it is such an event and a watershed moment,” he said.