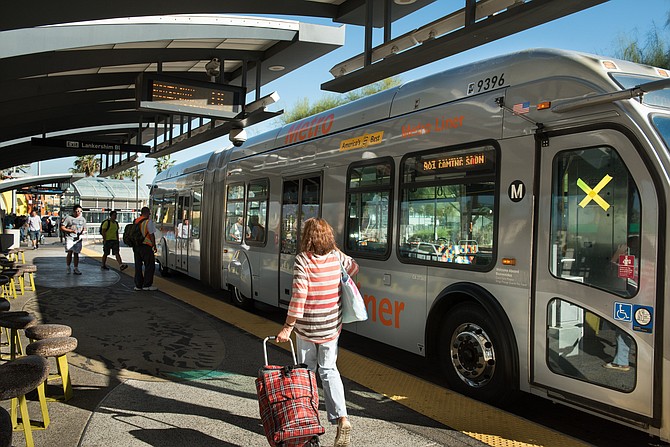 The California Transportation Commission voted May 16 to disperse the funding to the authority, also known as Metro.

The enhancement for the busway, scheduled to begin in the 2019 fiscal year, will include one aerial grade-separated structure over five intersections; railroad-style gating systems at 34 intersections; and elevating the existing bike path.

Total cost of the project is about $320 million.

Metro Chief Executive Phillip Washington said the agency’s projects depend on funding from both the state and federal governments.

“These SB-1 (gas tax) funds will help us leverage our local funding commitments to fully and quickly implement our region’s critically needed transportation improvements,” Washington said in a statement.

Other projects receiving money from the commission include $5 million to Metro to construct four sound walls along the 210 Freeway in La Canada-Flintridge and $8.9 million to build a new Metrolink station at Vista Canyon in Santa Clarita.

SB-1 is the bill signed into law last year that raised the gas tax by 12 cents a gallon. There is an effort to repeal the tax increase and if it is successful then Metro and other agencies and cities earmarked to receive money would not get it.