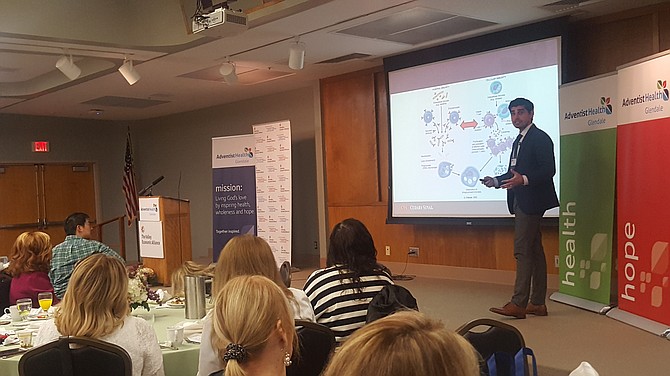 In some cases of cryoablation, Holmes said, the immune system is activated and destroys the remainder of cancer cells, which is what cancer immunotherapy aims to do.

“Pretty much any human being with an intact immune system can benefit from it. Immunotherapy can be theoretically applied to any patient, any cancer, at any stage,” added Khagi. “That’s why I think it’s worth potential. It’s something that we can use in patients even with poor functional status, or even more advanced cancers.”

The event’s four presenters took questions at the end of the seminar, with topics ranging from smog and its effects on young people susceptible to asthma, to the fact that 95 percent of websites today are not ADA compliant.

“The lawsuits are specifically around non-sighted users, and that’s counting for a majority of the percentage. We’ll see a higher percentage as processes become a requirement,” added Harpaz.