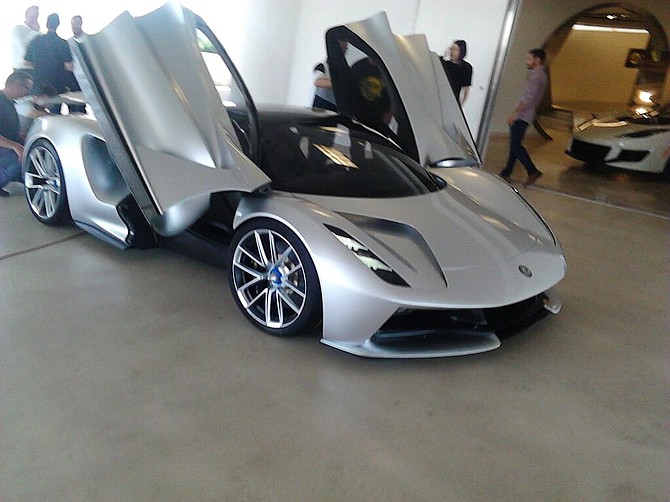 Evija has a sticker price of $2.5 million. Galpin is the only Lotus dealer in Southern California.

The electric engine is mounted behind the seats. The batteries can take an 80 percent recharge in 18 minutes.

However, he added that the first Evijas will be delivered in the last half of 2020. Only 130 cars will be built during its three-year production run.

The car was officially unveiled in London last month, and made an appearance at Pebble Beach Concours d'Elegance car show in Northern California last week.