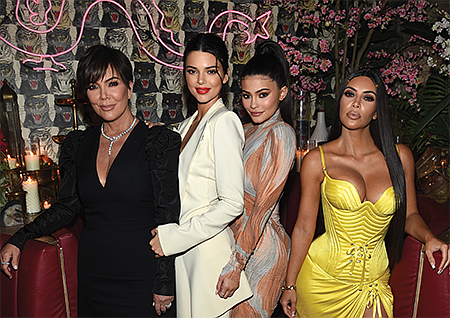 Kardashian West announced the launch date and brand name to her 61.7 million Twitter followers on Monday.

It’s online where the reality star often makes her biggest splash — and where just a few months earlier, she was accused of cultural misappropriation after saying she would call the Spanx-like brand Kimono. People became even more upset when they learned the celebrity sought to trademark variations on the name of the traditional Japanese garment.

The hashtag #KimOhNo started trending on Twitter, prompting her to change course.

“My fans and followers are a huge inspiration to me — I’m always listening to their feedback and opinions, and am so grateful they shared their ideas for a new brand name," she told her Twitter followers Monday. "After much thought and consideration, I’m excited to announce the launch of Skims Solutionwear.”

Kardashian West already has a beauty and fragrance line — the latter is a collaboration with her sister Kylie Jenner. Woodland Hills-based KKW Beauty Inc. sells blush, foundation, eyeshadow and other makeup.

Skims garments will be available in sizes ranging from XXS to 5XL.