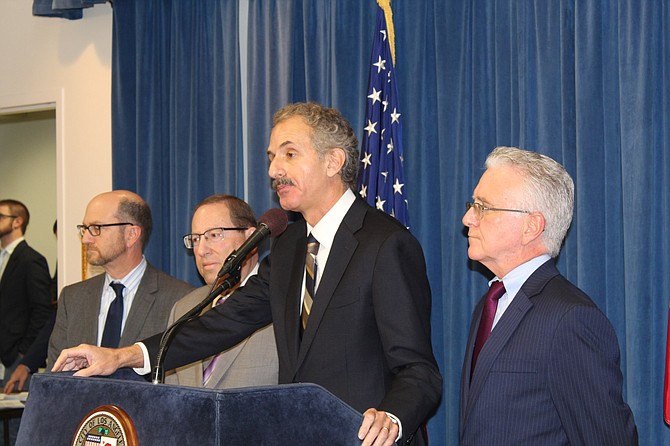 Los Angeles City Attorney Mike Feuer announced a lawsuit against the Federal Aviation Administration Thursday on behalf of residents and businesses in the southeast San Fernando Valley who have endured a significant increase in airplane noise and traffic due to changes in the flight paths of planes at Hollywood Burbank Airport.

While airplane noise associated with the airport has been a constant for years, there has been an uptick of complaints regarding an increased aural disruption after those flight patterns shifted to more south of the 101 and 405 freeway interchange and across the Santa Monica Mountains...