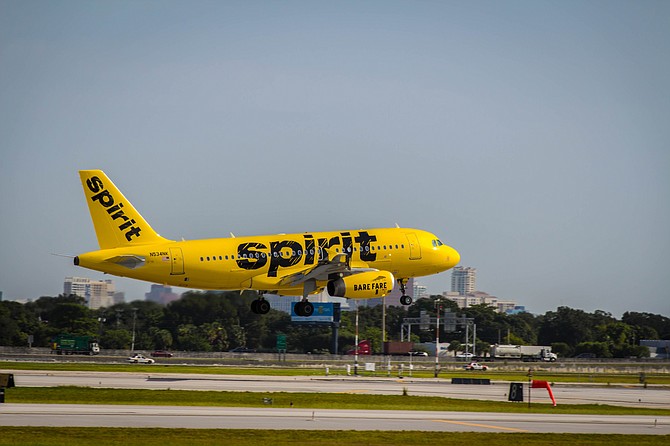 The three-times-a-day flights will use Airbus twin-engine jet airliners to and from the San Fernando Valley’s only commercial airfield. Tickets for the flights starting June 20 became available on Tuesday.

John Kirby, vice president of network planning for Spirit Airlines, in Miramar, Fla., said the carrier is always looking for markets that are over-priced and ones where it can stimulate demand and fill its planes, he said.

“We feel we create our own market as opposed to taking passengers away from other carriers,” Kirby added.

Spirit will join six other airlines at Hollywood Burbank, including Southwest, United and American.

It is the first new airline at the airport in less than two years. The last new commercial airline to fly out of Hollywood Burbank was Mokulele Airlines starting in October 2017 but those flights to the Central Coast only lasted a couple of months. Prior to that, the newest commercial service was from SeaPort Airlines Inc., whose service lasted from 2013 to January 2016.

One of the attractions for Spirt to fly out of Burbank is that it is not only the lowest cost airport in the Los Angeles basin based on cost per enplaned passenger but it’s also one of the cheapest airports in the United States. “We like that as a low-cost carrier,” Kirby explained.

Las Vegas is Spirit’s third largest market and it is the second largest carrier at McCarran Airport.

As with Burbank, the airline is looking for opportunities to expand there as well, Kirby said.

A decade ago the market was more than twice it is today, he added. What happened is that fares went up, so the passenger market went down as people decided to drive to Vegas or not go at all.

“We think there is an opportunity with our cost structure to stimulate the marketplace and I wouldn’t be surprised if the market doubled,” Kirby said.