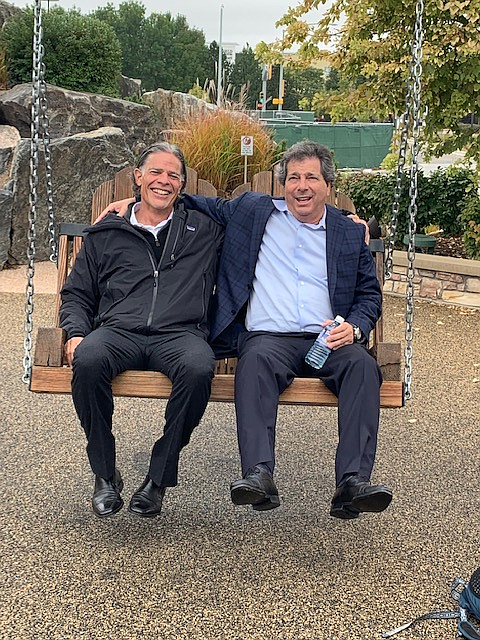 “It is with heartbreak and sadness that we share the passing of our principal and cofounder, Allen Ginsborg,” Chief Executive Sandy Sigal and Vice President of Operations & Marketing Danaria McCoy said in a statement on behalf of the company. “Allen was kind, generous, a pioneering shopping center developer, a wise teacher and most definitively a man who loved his friends and beautiful family with a steadfast dedication that inspired us all.”

Sigal said in a personal statement: “Allen was much more than a friend or businessman. He was a force of nature, a solid rock who wanted to be judged on how he lived his life and on his impact to the community. Over 33 years ago, I met him and he immediately became one of my closest friends. We went through triumph and tragedy together and I watched and learned from how he treated each. His faith in me gave me more faith in myself, and I, like so many others, depended on his wise words and gentle encouragement. … Allen convinced me to start my own business. He was the one who introduced me to my partner, Brad Pearl, and along with Jim Patton, we started NewMark Merrill Companies. He gave many the confidence to do things that they themselves didn’t believe they could do.”

NewMark Merrill owns or manages a portfolio of more than 80 shopping centers valued at more than $2 billion. Since 1987, when Sigal began to lead the company, NewMark Merrill has represented more than 1,600 tenants and 10 million square feet in California, Colorado and Illinois; and has invested heavily in BrightStreet Ventures, its technology company.

In April 2008, Ginsborg and Sigal co-founded NewMark Merrill Mountain States to develop and acquire shopping centers in Colorado. Since then, the company has acquired, developed and managed more than 2 million square feet of retail space throughout the state.

One of Ginsborg’s proudest achievements, according to Sigal, was the acquisition of the Twin Peaks Mall, which was redeveloped into the Village at the Peaks, which took more than $100 million in redevelopment financing to transform the retail center into what the company calls “an innovative gathering spot for the community of Longmont and the surrounding Northern Colorado area.”

Beyond Village at the Peaks, Ginsborg completed more than 1,000 shopping-center leases valued at more than $1 billion, more than 50 shopping-center investment sales and more than 100 land transactions. His career included being a leading retail broker at CB Commercial, including founding their tenant advisory services group, and the founding of Pacific Retail Partners.

From 1993 to 2003, Ginsborg represented The Home Depot in its Colorado expansion, assisting the company with the establishment of more than 30 new locations. He also ran the national retail development group for Catellus Development, the largest private landowner in California at the time.