‘Sharknado’ Taken For Another Spin 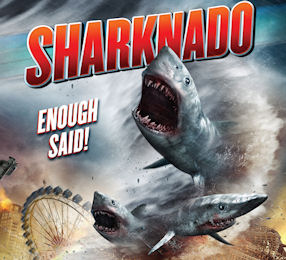 The gang over at Burbank production house The Asylum is taking a second bite of sharks in a waterspout. The film company was given the green light for a sequel to “Sharknado,” its campy feature airing on cable channel Syfy that drew a combined 3.26 million viewers when shown on two nights in July. For the second installment in the man versus beasts of the sea saga, Syfy wants the action in New York City. Whether any cast members from “Sharknado” will return for the second go around has not been decided, said Paul Bales, a co-producer with Asylum partners David Latt and David Rimawi. Filming will take place in late fall or early winter with an airdate in 2014. While the first film was set in Los Angeles, Syfy insisted the sequel take place in New York City. “The plan it is top (‘Sharknado’) and not just do the same thing over,” Bales said. “We want to make it special and we are going to give it our best effort.” Bales credits widespread interest in “Sharknado” and by extension to The Asylum to social media, specifically Twitter. The studio had a previous Internet sensation with “Mega Shark versus Giant Octopus” in 2009 but that was before Twitter could make a difference with audience numbers, Bales said. “People were watching and tweeting at the same time,” Bales added. “It grew with each person getting involved.” For those who cannot wait for the “Sharknado” follow-up, Syfy will air the film again Aug. 22 and will release it for home entertainment in September. – Mark R. Madler