Were the 2022 Predictions Correct? CFO Award Winners Weigh In

CFOs handle more than just the finances of a company. Often, they are involved in operations, human resources, technologies, and overall strategy planning and forecasting – that has been particularly challenging in the past few years. We looked over the predictions for 2022 and compared to where our winning CFOs’ top-of-mind advice on successes and challenges overlap.

Research on where we are today in terms of the predictions for 2022 for CFOs proves worthy of managing and the winners of the SFVBJ CFO Awards had some sage wisdom to share.  The predictions included the fact that financial health is top of mind. Setting wages stands out as one of the key challenges CEOs, human resources and CFOs are facing, along with finding talent and getting employees back to work. Managing inflation and setting pricing of goods and services have also been top of mind.

Inflation rose quickly and was not predicted well by the Federal Reserve, governors and district bank presidents, stating the PCE would rise 1.8%; and yet, the Fed’s miss was washed out with the Labor Department reporting last month that the Core PCE in November hit 4.7% compared with the 12 months before, as reported by CFO Dive.

CFOs are asking the questions of how much they should increase prices and pass on to consumers the 9.6% gain in the producer price index. Also, they want to know how much they should raise wages.  Attracting and retaining employees as the Consumer Price Index (CPI) has hit the largest jump in 39 years is also a concern. They recommend CFOs brace themselves and adjust their 2022 scenario planning for these surges in pricing. The “War on Talent” amid the pandemic-induced labor shortage also causes an eye on employee retention. With wages increasing 4.8% in November, per the Labor Department, this is causing serious challenges to the balancing of salaries and income for new talent and retention. According to SHRM, in Spring of 2021, its prediction that over 50% of employees would either leave California or retire came to fruition in Spring of 2022. Their prediction was right on the money, causing businesses to scramble.

Almost half of SaaS companies include some form of usage pricing now. Chitra Balasubramanian, CFO of tech company CircleCI, oversaw extensive modeling by her finance team when moving from subscription to usage pricing. Customers were happy paying for what they use rather than the monthly fixed pricing.

Taxation was causing concern in the beginning of the year, in that the higher tax rate can cause tactics by companies to lower taxes by arranging acquisitions from partners in lower taxed countries, such as Ireland. American-headquartered companies worry about competing with their foreign competitors. The days of corporate inversions may no longer be just a memory.

Clawbacks have CFOs getting serious as the SEC reviewed its 2015 policy. More than 2,000 of the 5,500 publicly listed companies in the U.S. have clawback provisions in their governing documents. That is up more than half from three years ago. The publicly traded winner of the SFVBJ CFO Awards, Evan Masyr, EVP & CFO of Salem Media Group, stated that “integrity is critical” and recommended, “do not take shortcuts, as investors are looking at message boards rather than the revenues today.”  He advised, “do not let the stock prices drive value.”

Scott Burrows, CFO of Arcutis Biotherapeutics, joined the company in 2019 and helped it go public, raising $1 billion in financing. He mentioned that his challenges were that “everything is scrutinized” and that “you have to keep an eye towards external markets, communicate strategy and make sure the messaging to investors is strong.”

Rapid growth was also top of the conversation with the winning CFOs. Robert A. Clarke, CFO & VP of finance of the National Notary Association stated they were up, “2.5 million in revenues and 5 times earnings,” as they grew from 100 to 300 employees in this past year.

“Give back” was the message Dwight D. Ham, CFO of Guardian Drain Lock, imparted to the audience as we listened. His company’s initial goals were 10-20% of pre-tax dollars and they have exceeded this in the past few years.

Mara Garcia of Phonexa, who won the “CFO to Watch” award, said she had to “learn a new language in technology” and was instrumental in the growth of Phonexa, as she had to move away from her comfort zone and learn to say “no.”

Julie Winfield, CFO for RFO Management mentioned being a heartfelt leader, and “treating everyone in the company as her team,” stating that it requires “transparency, integrity and honesty without being brutal to create high standards.”

The economy, the war, the world-wide pandemic, and the great resignation are just a few of the factors these CFOs have to deal with every day as they wear multiple hats in operations, ensuring their companies’ missions and strategies move forward. Plus, human resources challenges are never-ending and there are always new technologies to learn and manage.

What was the overall advice from the CFO award winners?

Work hard, focus on the mission, have a good work ethic, dedication, commitment towards the team(s), and prepare for the regulatory challenges as Cailan Lu, VP of finance for the non-profit, Many Mansions, has done. Frank Sansone, CFO of Beyond Limits, said he had to “make lemonade from lemons,” advising to “have strong shoulders and manage the company money as though it was your own.” His personal mission, as he coaches boys’ soccer, is to “get the boys to college.” And the most important advice I heard from all the honorees was to “watch and manage your cash flow.” As Salem’s Evan Masyr said, “Rejoice always, pray continually, and give thanks in all circumstances.”

Again, congratulations to all the finalists and winners. 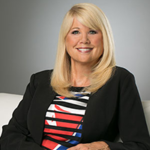