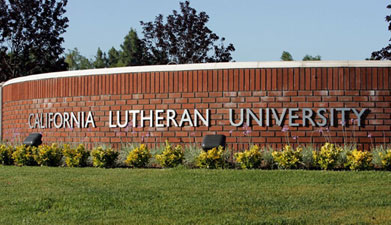 The Ronald Reagan Presidential Institute and Foundation has terminated a fellowship program it sponsored at California Lutheran University that funded scholarships for students entering the Master of Public Policy and Administration at the school.
The Reagan-Gallegly Fellowship Program, which the Reagan Foundation created in support of the Elton and Janice Gallegly Center for Public Service and Civic Engagement at CLU, has funded numerous scholarships since its creation and expanded opportunities at the Reagan Presidential Library for those students to further their studies.
In November of last year, former Congressman Elton Gallegly filed a lawsuit in Ventura County Superior Court for breach of contract against Cal Lutheran University for failing to fully establish the Elton and Janice Gallegly Center for Public Service and Civic Engagement.
Shortly after the lawsuit was filed, the Reagan Foundation notified California Lutheran University that if it continued to make unilateral decisions that negatively affected the Gallegly Center, including disbanding an advisory committee, then the Reagan Foundation would end the fellowship program.
Despite the warning, Cal Lutheran continued to take adverse actions against the Gallegly Foundation, according to Gallegly and the Reagan Foundation. They included the January dismantling of a replica of Congressman Gallegly’s Washington, D.C. office and the failure to digitize Gallegly’s 26 years of congressional records, even after approval by the university to contract Heritage Werks to create the digital archive.
Gallegly, who with his wife Janice have raised more than $1 million for the Gallegly Center, said in a statement, “The decisions by Cal Lutheran President Lori Varlotta have now cost students a prestigious fellowship, jeopardized CLU’s relationship with the Reagan Foundation and Reagan Presidential Library, and damaged the reputation of CLU in the community of Ventura County. It is not surprising that the Presidential Foundation withdrew from its pledge, given the University’s numerous violations of the 2013 agreement to establish the Gallegly Center at the University that included an exact working replica of my D.C. Congressional Office and the digital archiving of my congressional records.”
Share
Facebook
Twitter
Linkedin
Email
Print
Previous article
Teledyne Flir Defense Gets $49M Coast Guard Contract
Next article
Teledyne Earnings Beat Wall Street Estimates