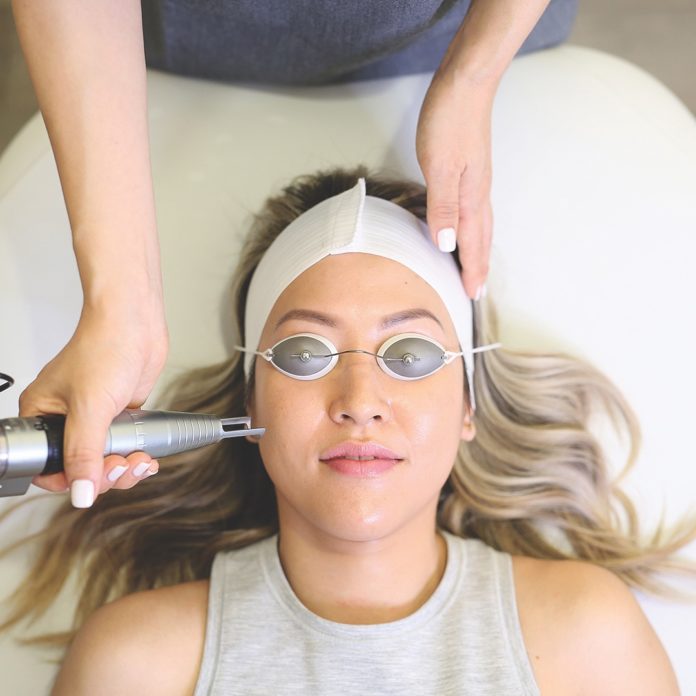 In a way, Skin Laundry’s new clinic in Studio City is serving as a starting point for the El Segundo company — even though it is the company’s 30th location worldwide.

After opening that store in November, Skin Laundry began gearing up for an aggressive two-year expansion plan that aims to have 100 locations up and running by the end of 2024. This push is based on the confidence Chief Executive Gregg Throgmartin has in the company’s management operation and its ability to attract a loyal customer base.

“I think we’re all enjoying this challenge, and I think that it’s a fun time,” Throgmartin said in a recent interview. “A lot of people are pulling back, cutting or shrinking. It’s so invigorating for our team that we’re going to double our count in the coming months. We know there’s going to be challenges, but this team is up to the challenge.”

Skin Laundry — known for its signature laser facial and its newer trademark, the “thermo fractional” facial — boasts a membership-based model that encourages customers to make monthly appointments and invite friends or family members to sign up, Throgmartin said. The success of this model, plus a substantial amount of capital from the company’s investors, is backing the push to more than double Skin Laundry’s footprint, he added.

“As our brand gets stronger, landlords are wanting to have us in their center,” Throgmartin added. “We drive a lot of regular traffic there. They’re coming a couple of times a month. They’re a good demographic, a consumer that these landlords love.”

The company is expanding to six states this year — Colorado, Connecticut, Florida, Massachusetts, Nevada and Texas — and is leaning on density markets to make things easier. This was a model tested and refined here in L.A., where there are 10 total locations — including at The Village at Topanga in Woodland Hills, the Glendale Galleria and now Studio City.

One local expert compared Skin Laundry’s targeted growth to Starbucks and noted that while it will be risky and expensive, it does have a uniqueness to it that could give it an edge.

“You can also be very inconsistent in going to independent shops, in terms of quality of work done,” said Kyle Murphy, a practitioner of strategy at the Graziadio Business School at Pepperdine University. “One of the things I assume they’re offering is a very consistent quality to their training and their whole process in what they’re doing. I think that’s where the opportunity is. No one’s ever done it with face care before, at least that I know.”