Only The Strong Survive 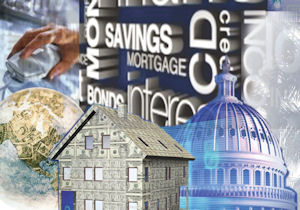 The great banking meltdown of 2008 yielded significant changes: Merrill Lynch and Countrywide Financial are now part of Bank of America; Bear Sterns and Washington Mutual are now part of JP Morgan Chase; and Wachovia is now part of Wells Fargo. Goldman Sachs, Morgan Stanley and American Express are now bank holding companies. Locally, the greater Los Angeles market has changed with bank failures including First Bank of Beverly Hills in Calabasas, IndyMac Bank in Pasadena, and First Regional Bank, California National Bank, Mirae Bank, and Security Pacific Bank in Los Angeles, among others. Still, “many changes have yet to ripple through the system,” said Jim Hicken, president of Bank of Santa Clarita, an institution that stayed clear of the construction and commercial real estate loans that got other banks into trouble, and has remained strong throughout the recession. For one, the industry has not seen a full reduction in problem institutions yet, he said. “There are many banks across the country that will still face significant challenges in terms of their ability to survive.” Community banks that are in the FDIC’s troubled bank list, those that are facing cease and desist orders and are finding themselves in the unenviable position of having to raise large sums of capital to determine their future, are likely going to disappear according to First Private Bank & Trust president and CEO Charles Jackson. “The interesting part is going to be what southern California’s banking market is eventually going to look like,” he said. “I think the key element is how many more banks are going to be closed in the next 18 months — that could really change the complexion of the market fairly quickly.” Less competition As the number of banks goes down so too does competition, which benefits some community banks. Strong banks looking to grow through acquisitions will find opportunities to take over or absorb weaker institutions and further consolidation will also create opportunities for community banks to recruit top bankers. “When First Regional Bank went under there were a number of really top bankers available and we very quickly made the decision that we would make the investment in that team and it’s already paid off nicely for us,” said David Rainer, president and CEO of California United Bank in Encino. “So this chaos that’s been happening in the last two years has actually, in a twisted way, really benefitted us,” he said. California United Bank, which launched in 2005, also dodged the areas that were hard hit in 2008. Sticking to a very disciplined model of offering traditional business banking products for small and medium sized businesses, the organization has grown from one office to seven in little over five years. The bank entered the negative economic cycle with a lot of strength in its balance sheets, having raised a lot of capital prior to the economy taking a nose dive. It identified a gap in the market of small middle-sized businesses that don’t want to be with big banks, and has targeted them strategically, Rainer said. Community Bank, which recently opened an office in Woodland Hills, is also finding opportunities in the aftermath of the financial crisis and is now growing to the tune of two offices per year. “We’re convinced these are cycles that repeat themselves every 8-12 years and from our perspective we’re well capitalized and ready to take advantage of the opportunities as the economy starts to come back in the right direction,” said Dave Malone, president and CEO of Community Bank, headquartered in Pasadena. Cost of funds According to Malone, more troubled banks disappearing is not a bad thing. “I think that provides banks with an opportunity to normalize cost of funds.” He said. “A big part of our financial performance relates to the cost of deposits and I think to the extent that we have a number of problem banks operating that they typically cause cost of funds to be larger in general.” Hicken, who’s also put Bank of Santa Clarita on a path of growth even through the recession, disagrees. “When banks fail the industry as a whole fails. We all suffer in reputation, people lose confidence in our institutions, everybody gets nervous and we all end up with a black eye. At the end of the day, bank failures are not good for anybody.”