California Resources Corp. announced Friday it was expanding some of its environmental goals that focus on providing low carbon intensity fuel now and net zero fuel in the future. 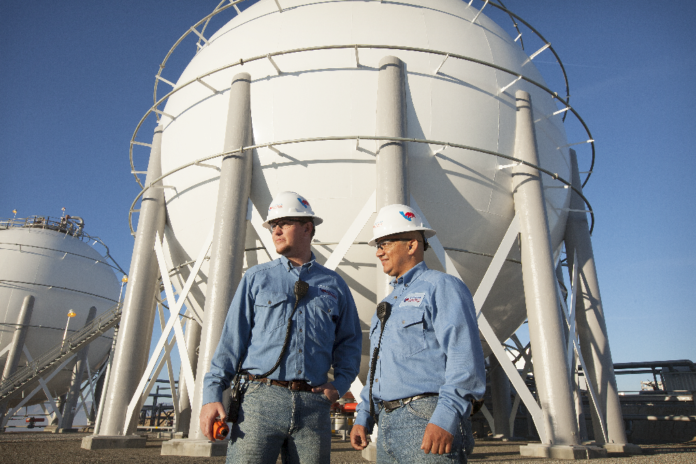 California Resources Corp. announced Friday it was expanding some of its environmental goals that focus on providing low carbon intensity fuel now and net zero fuel in the future.

Additionally, the company updated its freshwater usage reduction goal to reduce water usage in its low carbon-intensity fuel production by 30% from its 2022 baseline by 2025. That would exceed California’s voluntary 15% water use reduction target.

“California Resources consistently produces more water for California water districts (5 billion gallons of treated, reclaimed water in 2021) than we consume for our own operations, which means we are net water positive,” the company said in its statement. “Given the water challenges California faces, CRC will continue to provide water safely and reliably for the state while we advance our focus on further reducing our consumption.”

Among other projects that the company is pursuing to reach environmental goals is the carbon capture and storage project of its subsidiary Carbon TerraVault to repurpose depleted oil and natural gas reservoirs and other geologic formations into safe and permanent geological storage reservoirs for CO2.

Chief Executive Mac McFarland said that the company’s environmental, social and governance goals demonstrate its commitment to the energy transition and is proud to continue a path to develop carbon capture and storage and other emissions reducing projects.

“California Resources is dedicated to being a significant part of the solution for reaching and maintaining carbon neutrality, and helping California meet its emissions reduction goals,” McFarland said in a statement.

Nuns Ask for Study on Wages