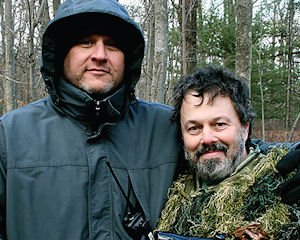 In the Clear: John Putch with actor Curtis Armstrong of “Route 30, Too.”

Studio City filmmaker John Putch had a bigger budget for his second film in a planned trilogy set in rural Pennsylvania, but the same eccentric characters.