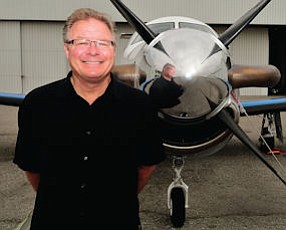 When Surf Air announced its all-you-can-fly membership model two years ago it generated excitement in the tech community as a way to connect Silicon Valley with the growing Silicon Beach area around Santa Monica.

But after delays in getting the airline going and a failure to establish its hub at Santa Monica Airport as first planned, doubts began to grow about the service...