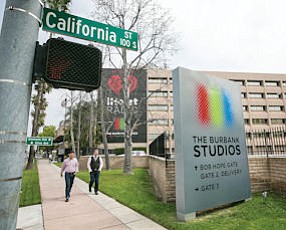 Fresh Start: The old NBC complex in the Media District has been renamed The Burbank Studios, and already features new tenants, such as the iHeartRadio Theatre.

With high-profile departures such as Jay Leno and television station KNBC-TV, it may seem like the Burbank Media District is struggling.

In fact, the blows have largely been to the city’s ego...