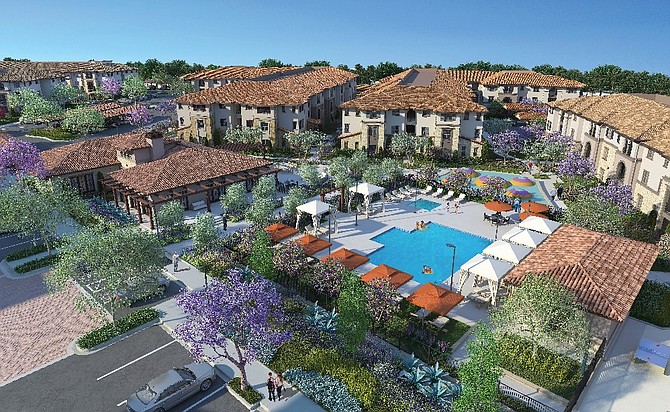 Rendering of Landing at Arroyo apartment development at 1692 Sycamore Drive in Simi Valley.

The new owner plans to develop two multifamily communities on the 13-acre property at 1692 Sycamore Drive. The joint venture partners are USA Properties Fund, an apartment builder based in Glendale, and the Area Housing Authority of Ventura County.

Previously, the site was the headquarters for the Rancho Simi Recreation and Park District.

The joint venture plans to construct a 311-unit apartment community, including the Landing at Arroyo with market rate units plus 98 apartments allocated to low-income seniors.