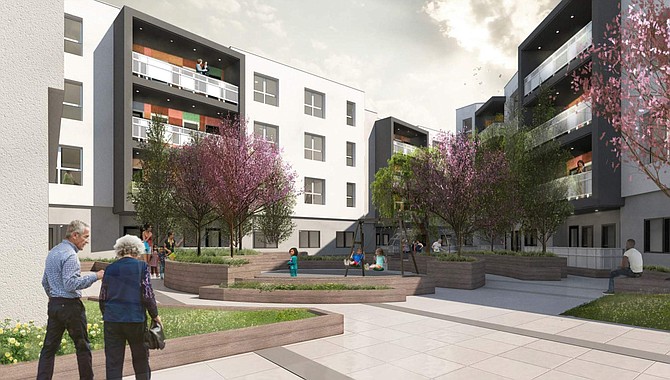 The Sun Commons project — which is designed by KFA Architecture and goes before the Los Angeles Planning Commission this week — would replace five single-family homes and two school buildings at the intersection of Clybourn Avenue and Dubnoff Way with a low-rise apartment complex.

The apartments will surround a central courtyard area while the building will have outdoor terrace levels. Sun Commons will accommodate parking for 106 vehicles.

A city staff report to the Planning Commission recommends that the project, with a budget once pegged at $53 million, should be approved.