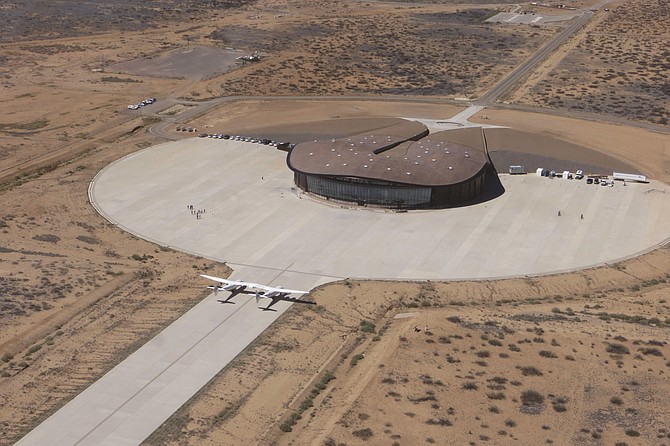 The relocation of 100 staff will continue through the summer to minimize school disruptions for the families. That staff will bring to about 150 the number of Virgin Galactic employees at the Spaceport America facility in New Mexico.

Sir Richard Branson, the billionaire owner of Virgin Group, said at a news conference at the New Mexico State Capitol Building in Santa Fe, that the development and testing program at Virgin Galactic had advanced to move the staff and carrier aircraft VMS Eve and spaceship VSS Unity to the state.

Spaceport America, near Truth or Consequences, is the site where Virgin Galactic will launch its commercial space operations. It includes hangars, offices, fuel farm, warehouse and antenna for telemetry and communications.

Virgin Galactic will take paying passengers up in the six-seat Unity spacecraft for a sub-orbital flight that will include a period of weightlessness. The company will complete flight tests at the spaceport before commencing a full commercial service for passengers and research payload.