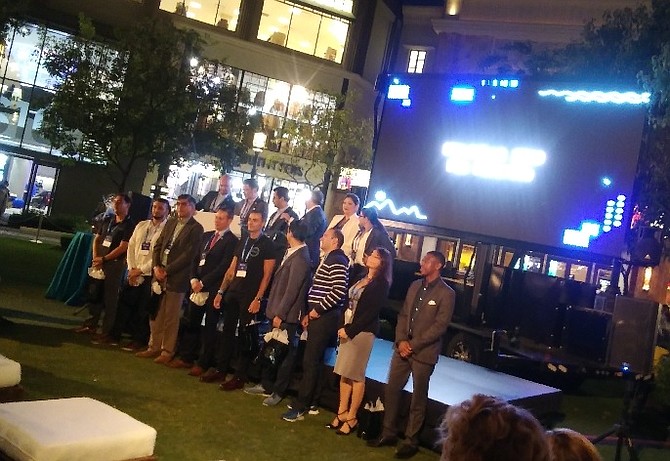 Finalists on stage at “Next in Tech” ceremony in Glendale.

Winners of Pitchfest — a “Shark Tank”-style startup event in which entrepreneurs present their ideas in front of a live audience and a panel of judges — were announced Thursday night at a party and awards ceremony held at the Americana at Brand in downtown Glendale.

Nearly 500 people attended the “Next in Tech” ceremony, which was the culminating event of Glendale Tech Week.