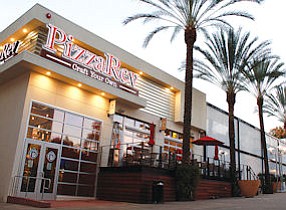 PizzaRev, a Westlake Village-based franchisor of build-your-own pizzerias, has eliminated its retail presence in the San Fernando Valley and throughout most of L.A. County because of the financial effects of COVID-19.

Like all restaurants, PizzaRev has closed its dining rooms for more than eight weeks.

PizzaRev hasn’t made a formal announcement regarding the closures, but confirmed them on social media and cited “the impact of COVID-19.”

It isn’t clear how the pandemic has affected the company’s corporate operations, though several of the shuttered L.A.-area restaurants were corporate-owned.

PizzaRev was founded in Northridge in 2012 by music industry executives Nicholas Eckerman and Irv Zuckerman. It quickly expanded to Studio City, Woodland Hills, El Segundo and Oxnard before establishing a corporate headquarters in Westlake Village.

By 2017, the franchisor had grown to a chain of around 50 restaurants with a hundred more said to be in development. It was acquired that year by Cleveland Avenue, a venture capital firm founded by a former McDonald’s Corp. executive.

Since then, however, PizzaRev has seen its footprint shrink. The company had 27 restaurants as of 2019.