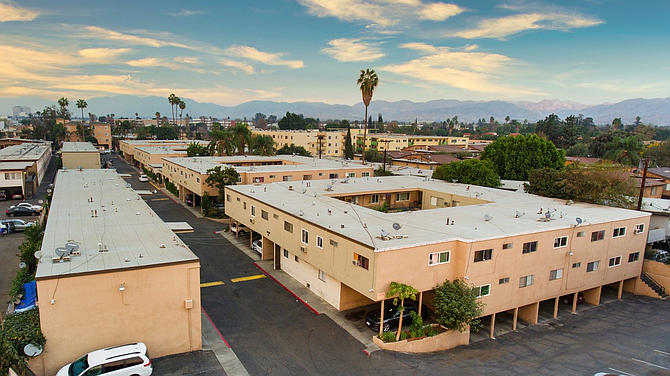 A 96-unit apartment building in Van Nuys has sold for just over $19.3 million, or $200,337 a unit, said Kelly Morgan Commercial Group at KW Commercial, which transacted the deal within the pandemic period.

The multifamily complex sold to a San Diego-based private investor in an off-market deal and Kelly Morgan represented both sides of the deal. CoStar Group data identifies the seller as Westlake Village-based Ridan Inc.

The deal was not without its pandemic-related complications. After going non-contingent with three quarters of a million dollars released to the seller, the initial buyer attempted to cancel due to the lockdown. Morgan assigned the purchase agreement to a replacement buyer, “who recognized that the intrinsic value of Los Angeles multifamily has not changed,” according to a company press release.

“Although there is uncertainty in the marketplace, we’re not seeing substantially lower prices for multifamily and there’s no guarantee that we ever will,” continued Morgan. “One thing I can guarantee is Los Angeles hasn’t solved its housing crisis.”