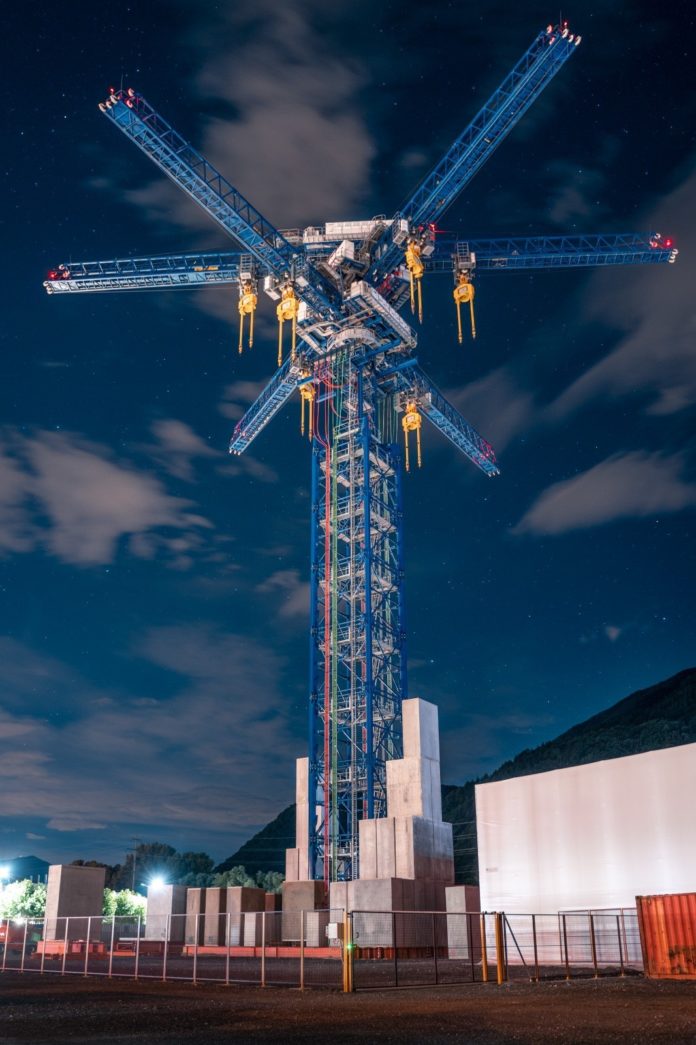 As part of the agreement, Atlas Renewable is making a $50 million investment in Novus Capital Corp., a public company that Energy Vault will combine with in the first quarter of this year. Atlas will also pay $50 million in licensing fees for the use and deployment of Energy Vault’s gravity energy storage technology for a total capital infusion of $100 million.

Westlake Village-based Energy Vault takes excess energy created by wind turbines and solar panels and stores it, then releases it at peak demand times by lowering 35-ton blocks from an elevator-like shaft. The technology allows electric utilities and generation companies to adjust delivery of power to when customers need it, rather than when wind and solar is available.

The agreement between Atlas Renewable and Energy Vault represents the first gravity-based storage partnership between a U.S. and Chinese company for the deployment of the technology in China. The companies expect to start construction of the first 100-megawatt system in the second quarter of this year at the selected site in Rudong, Jiangsu Province located outside of Shanghai, according to a release from the companies.

Robert Piconi, chief executive and co-founder of Energy Vault, said that the agreement with Atlas Renewable and the broader relationship with China Tianying marks the company’s expansion of its global footprint into what will become the largest renewable energy storage market in the world over the next 10 years.

“While entering the China market was not originally a part of our five-year business plan, the global imperative to arrest the growth of (greenhouse gases) in a country which releases the highest amount of CO2 emissions in the world by a factor of two required our action and priority,” Piconi said in a statement.