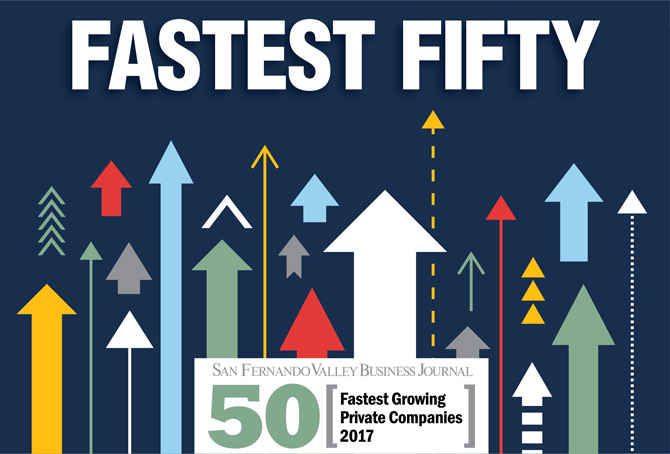 You might think that to be a fast-growing company these days, you pretty much have to be in the technology industry. But if you look over this year’s list of the 50 Fastest Growing Private Companies in the Valley area, you’ll see roughly half are fundamentally not. There’s a solar installer, a precious metals merchant, a construction firm – and those are just in the top 10. As you scan the list in this Special Report, you’ll discover our area’s hottest companies – many of which may be new names to you. And as you read the profiles you’ll find out how some of those companies exploded their revenue – and how they’re managing breakneck growth. Most of the companies are smaller; after all, fast growth is more likely achieved by startups and emerging companies. But a few are larger. In fact, one company – Galpin Motors – had more than $1 billion in sales last year and another – Keyes Automotive Group – had more than $2 billion. One of the articles in this Special Report is about how a company as big as Keyes had growth fast enough to rank on our list. One reason: auto retailing has been an excellent business over the past few years. In fact, you’ll see several car dealerships on the list. Another article is about a company named Account Control Technology Holdings of Woodland Hills. It is one of several companies that has been on the list four straight years, but among all of them, it was the one company with the fastest growth over that span. As a result, that company won our Star Performer award. To qualify for the list, a company must be headquartered in the Valley region (San Fernando, Santa Clarita, Conejo and Antelope valleys and a little beyond). It must divulge revenue for 2014, 2015 and 2016 and have had at least $5 million in 2016. We calculate the percentage growth over that span. In the end, we came up with a list of the 50 Fastest Growing Private Companies. The ranking was unveiled – and the companies feted – at a reception Nov. 2 at the El Caballero Country Club in Tarzana.