A Revolution in Mobility 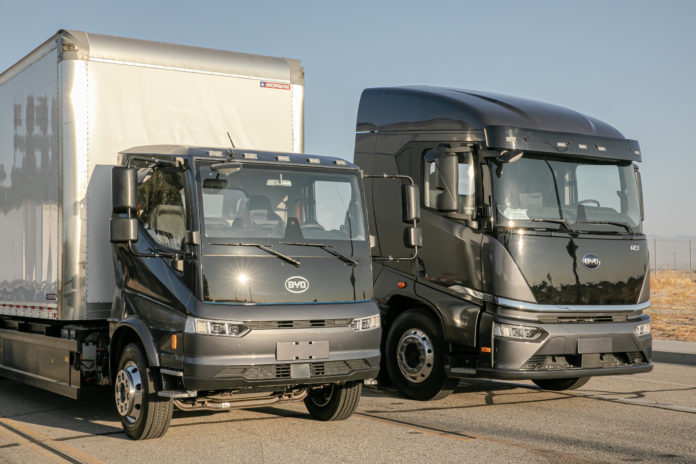 The electric vehicle industry is poised for explosive growth – with the Los Angeles metropolitan region positioned to benefit.

An array of companies in L.A. County, from vehicle manufacturers and battery makers to conversion car shops, are gearing up for a seismic shift in the auto market.

Plug-in electric vehicles accounted for only 3.9 percent of national auto sales in the second quarter of 2021, according to industry tracker EV Adoption. In the state, the California New Car Dealers Association reported that EVs accounted for 7.8 percent of auto sales over the same period.

A 2020 report from the Los Angeles County Economic Development Corp. identified the growing cluster of businesses operating in Southern California’s electric vehicle industry as a “new automotive ecosystem” that accounted for nearly 120,000 jobs in 2018.

“It’s amazing how many companies we have,” said Judy Kruger, senior director of strategic initiatives and cluster development for LAEDC. “And in this industry, there is so much room for growth.”

Other manufacturers are established a presence in the Southern California market. Canadian car maker ElectraMeccanica Vehicles Corp. has set up a delivery center in Studio City for its single-person car called the Solo. And last year, Burlingame-based Proterra Inc. opened a bus manufacturing facility in City of Industry.

Kruger at LAEDC said the development of such a large cluster of electric vehicle companies is the “cumulation of good policy” in California, from early environmental legislation in the 1960s to the emissions targets announced by Gov. Gavin Newsom in 2020.

Southern California also boasts a large pool of engineering and design talent, Kruger pointed out. And it’s already a major base of operations for traditional automakers including American Honda Motor Co. Inc. and Hyundai Motor America, which are also developing electric vehicles.

“I used to live in Michigan, and California has had such a leg ahead of other regions in terms of EVs,” Kruger said.

Canoo Chief Executive Tony Aquila said Southern California’s history of industrial and technological innovation has made it an appealing place for forward-looking industries.

“People either live in the past, the present or the future,” he said. “Every once in a while, you have these marketplaces where all three cohabit productively and it becomes part of the ethos of that environment.”

Aquila said the Los Angeles area is likely to remain an important center for the industry even as local EV companies expand operations beyond the region to ramp up production and serve a global market. Canoo, for example, will center initial production of its vehicles in Oklahoma while contracting with a Dutch company to manufacture vehicles for the European market.

Still, a few companies have bucked the trend of moving production outside of L.S. County. For example, since 2014, BYD has manufactured electric buses at a facility in Lancaster. And Vernon-based EV battery manufacturer Romeo Power Inc. has centered production locally and recently announced that it had leased a new 215,000-square-foot manufacturing facility in Cypress.

Giordano Sordoni, co-founder and chief operating officer of Xos, said he and co-founder Dakota Semler both grew up in Southern California, so starting the company here was an easy decision. The company began in North Hollywood and later moved to Atwater Village.

“Being in L.A. is super important,” Sordoni said. “I don’t think people realize how much industrial and manufacturing knowledge there is in L.A. With the history of aerospace and the ports, Los Angeles is really part of an industrial hub.”

Sordoni said the city’s well-known smog also served as an inspiration for Xos, which manufactures electric commercial trucks. Delivery trucks and vehicles designed for goods movement play an outsize role in the production of transportation emissions, and Sordoni said ensuring as many of these vehicles as possible are electric will play a major part in improving air quality in Los Angeles and beyond.

“We wanted to tackle what we view as the most important part of the transportation equation,” said Sordoni. “From air quality and emissions to (greenhouse gases), it’s those medium- and heavy-duty trucks that need replacing if we’re going to hit our air quality goals.”

Xos has already begun manufacturing trucks at a facility in Tennessee – though battery packs are assembled in Los Angeles – and the company has announced contracts with major fleet operators such as FedEx Corp., Loomis Express and United Parcel Service Inc.

Canoo, which launched with a focus on passenger vehicles, announced last year it would develop its own line of commercial vehicles, starting with a multipurpose delivery van. In March, the company revealed plans to build pickup trucks as well.

Aquila said the company aims to “hit all of the use cases” for its technology as it navigates an increasingly competitive market.

Not only must fledgling companies in the EV industry compete with one another, they must also keep up with traditional automakers, which are now investing heavily in electric vehicles – not to mention industry giant Tesla Inc.

“It’s an arms race,” Aquila said. “We’ve been really focused on getting ourselves ready for bigger production.”

Both Canoo and Fisker aim to start production by the final quarter of 2022. However, Fisker has so far remained focused on consumer-oriented vehicles like its Ocean SUV model.

“Our pitch at Fisker has always been around sustainability and design,” he explained. “We focus in on design and engineering and creating a customer experience.”

Sproule said that one area in which newer EV companies have an advantage over traditional automakers is in the ability to adapt quickly to changing consumer behaviors, tailoring both vehicle design and pricing options to demand.

Like many other EV companies, Fisker will sell its vehicles using a direct-to-consumer model that includes subscription pricing options and vehicle delivery.

Sproule said selling products in this way reinforces the concept of electric vehicles as an entirely new type of vehicle and driving experience – one that may eventually prove irresistible.

“We certainly see EV adoption as going only one way, which is up,” Sproule said.