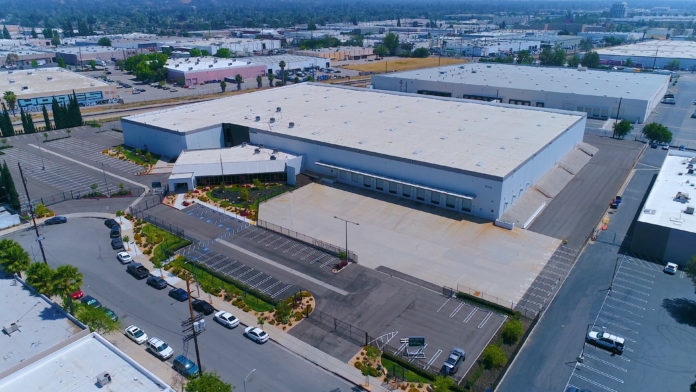 In a low-vacancy warehouse market fueled by e-commerce, a renovated 146,000-square-foot industrial property in Chatsworth has sold for $28.5 million. Buyer Exeter 18356 DE LLC purchased the site from Newport Beach-based real estate investment firm TA Realty, which had acquired the property at 9140 Lurline Ave. for $13.75 million only two years ago and has since invested substantial capital into refurbishing it. Brokers John DeGrinis, Patrick DuRoss and Jeff Abraham of Colliers International represented seller TA Realty while NAI Capital’s David Young and Chad Gahr represented the LLC. “This transaction will impact the pricing structure on industrial properties both here in the San Fernando Valley and, likely, throughout Southern California,” said DeGrinis said in a statement, who added that while confidential agreements prohibited him from discussing the price, “believe me when I say it is the highest per square foot price paid yet for a building this size.” Industrial vacancy has dropped to its lowest level since 2000. According to Colliers’ 2018 second quarter data, vacancy is at 1.5 percent, flat with the first quarter with only 2.4 million square feet of new warehouse space under construction, all in the East San Fernando Valley. In the West San Fernando Valley sub-market, which includes Chatsworth, vacancy holds at 0.9 percent, down from 1.0 percent last quarter and up slightly from 0.8 percent the same quarter last year.