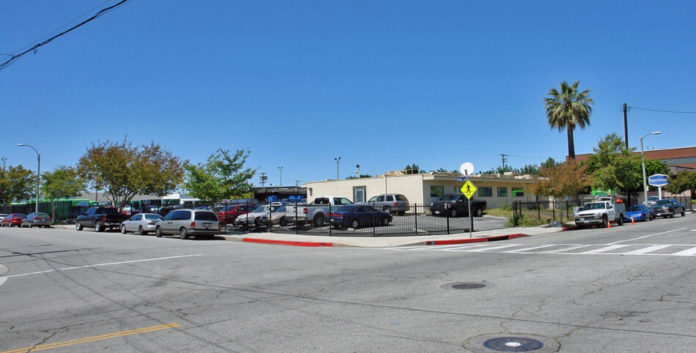 Rexford Industrial Realty Inc. closed out the fourth quarter with the acquisition of 10 industrial properties — including a Van Nuys warehouse on Haskell Avenue — for an aggregate purchase price of $336 million

The transactions were funded using a combination of cash on hand and proceeds from forward equity settlements and were part of $2.4 billion worth of acquisitions that the Brentwood-based company made last year.

In the San Fernando Valley, Rexford purchased 7817 Haskell Ave. in Van Nuys for $11.1 million, or $128 per land square foot. The 2-acre industrial outdoor storage site is 100% leased to a single tenant.

According to CBRE Group Inc., the vacancy rate in the 177 million square foot San Fernando Valley submarket was 0.5% at the end of the third quarter.

The other purchases were made throughout Los Angeles County.

Once current leases expire, Rexford plans to redevelop the combined sites into a logistics facility containing a 34,000-square-foot building and an oversized container storage yard.

The vacancy rate in the 221-million-square-foot L.A. – South Bay submarket was 1.2% at the end of the third quarter 2022, according to data from CBRE.

The company intends to reposition the combined site into a logistics facility containing a 57,000-square-foot cross dock building and oversized container storage yard.

According to CBRE, the vacancy rate in the 329 million square foot Inland Empire – West submarket was 0.4% as of third quarter 2022.

Rexford acquired a property at 755 Trademark Circle in Corona for $10.5 million, or $305 per square foot. The 34,427-square-foot building situated on 1.6 acres is leased to a single tenant through a long-term sale-leaseback.

A property at 4500 Azusa Canyon in Irwindale was also purchased by the company. Rexford bought the asset for $40 million, or $116 per land square foot. The 7.9-acre low coverage site has 77,266 square feet of buildings and is leased to a single tenant through a sale-leaseback agreement.

The vacancy rate in the 160 million square foot San Gabriel Valley submarket was 1.2% at the end of the third quarter, according to CBRE data.