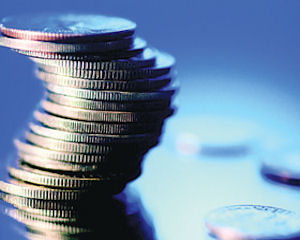 Name changes, high capitalization and steady membership numbers characterized much of the credit union industry in the greater San Fernando Valley area in the past year, though one institution — Telesis Community Credit Union— didn’t survive. Credit unions promote themselves as an alternative to the large banks by offering better rates on auto and home loans, improved customer service and lack of fees associated with national banks. Ninety two million people receive all or some of their financial services from a credit union, according to the Credit Union National Association. Many of the 35 credit unions making up the San Fernando Valley Business Journal’s Largest Credit Unions List showed positive growth in both assets and deposits in the second quarter compared with the same period in 2011. This year’s List includes 12 credit unions — some under single sponsors — that were not included on last year’s List. Telesis Community Credit Union dropped off the List after being liquidated earlier this year by the National Credit Union Administration. Topping the List this year is Logix Federal Credit Union with $3.3 billion in assets and $2.8 billion in deposits as of the second quarter ended June 30. Logix was called Lockheed Federal for more than 70 years (see page 5). The name change, which took effect in July, followed surveys and focus groups that showed non-members were confused over the Lockheed connection and believed the credit union was only for Lockheed employees and their families. When single sponsor credit unions change their name, it often is in response to changing demographics and to better engage with the community to gain more members, said Carol Payne, vice president of membership, communications and marketing for the California Credit Union League. “A name change can invigorate the staff and the members by showcasing expectations or attributes of the credit union,” Payne said. Ranking second on the List with $1.5 billion in assets, a 13 percent increase over the prior year, is Premier America Credit Union. Headquartered in Chatsworth, Premier America has 10 branches serving the San Fernando, Conejo and Santa Clarita valleys, Simi Valley, and Santa Monica. It also has two branches in Houston. Its deposits totaled $1.3 billion, a 29 percent increase from the $1 billion in deposits in the second quarter 2011. Premier America acquired most of the assets of Telesis, formerly of Chatsworth. Telesis ranked eleventh on the 2011 List with $347 million in assets. The institution went into conservatorship in March following a period of continuous losses due to unpaid commercial real estate loans. The integration of the Telesis branches and customers into Premier has gone smoothly, said Premier CEO John Merlo. The credit union is currently remodeling some branches and putting in new ATMs at a cost of $100,000 to $125,000 per branch, Merlo said. The final piece of the integration is moving data from the Telesis computer system to Premier’s, which is expected to be completed in December, Merlo said. “We will be able to enjoy the economies of scale from having a single computer system,” Merlo said. Robert Einstein, CEO of UMe Federal Credit Union in Burbank, said consumers are becoming more aware of choices available to them for financial services. That’s pushed membership numbers upward, he said. “It has been a surprise how the word of mouth has gone out in the marketplace,” Einstein said. Ranked No. 12 on the List with $143.2 million in assets, UMe Federal’s members are from Burbank residents and people who work, attend church or belong to an organization based in the city. Einstein said there have been discussions about opening up the membership, but the credit union hasn’t felt the need to take that step yet. “Right now we are happy with the growth we have had,” Einstein said. “You still want to grow at a controlled level and do it right.” Indeed, several of the credit unions on the List remain under single sponsors. Sylmar-based Olive View Employees Credit Union, No.22 on the List, is restricted to employees and families of Olive View-UCLA Medical Center. Airco Federal Credit Union, which ranks No. 25 on the List, is for the employees and family members of Acco Engineered Systems and its subsidiaries. The credit union is located in the same Glendale building as Acco. The institution has $11.7 million in assets in the second quarter, a 12 percent decrease compared to the prior year when it had assets of $13.3 million. The Canoga Postal Credit Union, No. 33, is for postal employees and family members. Other credit unions are faith-based, such as Columbus Club, K.C. No. 3601 and Calvary Baptist Federal Credit Union. For many consumers, loans are one main draw to bank with a credit union, said Dale Verderano, the president of Matadors Community Credit Union in Chatsworth. Matadors ranks No. 13 on the List with $138.5 million in assets. Verderano said the credit union has been careful about the type of loans it puts on its books. The institution is the only one in Los Angeles County making loans for the Energy Upgrade California program for residential energy efficiency improvements. “We have good underwriting standards and are conservative,” Verderano said. Download the 2012 VALLEY’S LARGEST CREDIT UNIONS list (pdf)