The Hollywood Retreat at Sundance 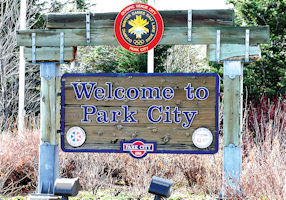 A Valley Industry & Commerce Association (VICA) delegation of 20 just returned from the Sundance Film Festival in Park City, Utah. First things first: “God Help the Girl” and “Infinitely Polar Bear” are absolutely worth a watch and all the movies not worth a watch will never come to your local theater anyway. But Sundance is not just a weekend of film watching; it is also a crucial opportunity for film production companies to connect and build business relationships. When you have everyone from directors to catering companies in one place and you want their business, you should be there. Many states got the memo and set up shop at the festival to promote their state’s incentives for film production – mainly Utah, of course, Louisiana and New York. California was notably missing but not surprisingly missing. A bulk of policymakers in the state still consider California the home of filming, with romantic views of the Hollywood sign in the background of every single movie. However, out of the 210 films showcased at Sundance, only 12 were filmed in Los Angeles, according to FilmL.A. Inc. The regional film non-profit was also the sole California entity present to market its film program to Sundance attendees. Hollywood is clearly not the film capital of the world if it was the location for only 5 percent of films that hit Sundance this year. This exodus hits the San Fernando Valley the hardest, as it is home to most of the below-the-line jobs on a production set. VICA has heard from set decorators and caterers that staying in the industry means either leaving their home in the Valley for months or years at a time, or losing business. There are fewer opportunities for them to come home after a day of work. The worst part is there is a clear solution to runaway production, but policymakers are reluctant to support it: Expanding our meager $100 million tax credit program so that we stay competitive with states like New York and Louisiana that offer much higher – or even uncapped – tax credit programs. It’s possible the California Film Commission does not see a need to market its incentives since they run out of the annual $100 million pool within 24 hours of opening it up to applicants in July. That is not a bragging right – it means there is a huge demand to stay in California that we are not meeting. One producer at Sundance explained that he will not consider California as a location 11 months out of the year, because he knows if he is not ready to apply for the credits in July, they will be gone by the time he is ready to apply. A Los Angeles-based non-profit, the Headway Project, finished its research in 2012 with two conclusions: First, that “there remains a very strong correlation between tax credits and where film and TV producers go to shoot their projects.” And two, “while tax credits are not the only factor in deciding where a project should be shot, they appear to be the most powerful.” Legislators have long argued that productions will film in California regardless of receiving incentives, but the City of Los Angeles reports that nearly all of the applicants that did not receive any tax credits chose to film elsewhere. We are truly losing business. If California lost another cornerstone industry at the same rate we were losing filming, legislators would take heed of advice about the single most important and powerful factor to attract that industry back. And yet policymakers ignore the fact that film productions satisfy our biggest economic needs: to create jobs and spur local spending. We cannot expect the film industry to just return without any competitive incentive. FilmL.A. has noted before that once directors film in a location, they like to stay there – which means 95 percent of Sundance’s directors are likely to continue setting up shop outside of this region. It’s not just newer names shooting elsewhere. William H. Macy’s anticipated directorial debut, “Rudderless,” took the closing night slot at Sundance – and was filmed in Oklahoma, which offers up to a 37 percent rebate program to productions. This is why VICA, along with the Motion Picture Association of America and other stakeholders, are advocating to expand the $100 million pool to an amount that can be competitive with other states and to expand the qualifications so more productions can qualify. Any film credit expansion would not take place until 2016, when the current film credit program expires. But we can certainly hope to see three words more often at Sundance 2018: “Filmed in California.” The Valley Industry & Commerce Association (VICA) is a business advocacy organization based in Sherman Oaks that represents employers throughout the Los Angeles County region at the local, state and federal levels of government.