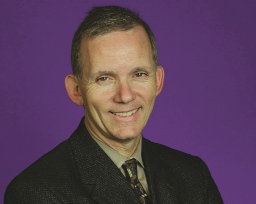 Congress gave recession weary families some good news just before its December recess. In a move designed to help families retain their employer sponsored insurance, Congress extended last year’s COBRA subsidy. The news couldn’t have come at a better time for families looking at the looming December 31 cutoff for the subsidy. Background. The so called COBRA law provides a hugely important safety net to employees and their families. Under this law, employer sponsored group health plans (20+ employees) must allow employees (and their covered dependents) to buy a temporary extension of their group health insurance whenever coverage is interrupted due to certain life events like voluntary or involuntary job loss, a reduction in hours worked, death and even divorce. Although qualified individuals pay the entire premium for coverage (plus an additional 2% administrative fee), COBRA continuation coverage typically costs only a fraction of what one would pay for an individual policy. Also, there are none of those worrisome exclusions for pre-existing illnesses. Stimulus Package. As the economy tanked in late 2008, many families found that even the cheaper COBRA continuation premiums were too costly Congress stepped in to help these families with the passage of last year’s economic stimulus package. One of the provisions on the stimulus package required employers to pay 65% of the employee’s COBRA premium for up to nine (9) months when coverage was lost as a result of a layoff or other reasons where the employee was not at fault. The employer’s portion of the subsidy would then be reimbursed by the federal government through a tax credit in a later tax year. The subsidy was a huge help to the millions who suffered job losses in 2009. However, the subsidy program was due to expire at the end of 2009. Subsidy Extended and Expanded. In late December, Congress stepped in again. On December 21, 2009, President Obama signed into law an extension to the employer paid COBRA subsidy. This new legislation does two important things to help families coping with the recession. First, it extends the period during which involuntary terminations trigger eligibility for the COBRA subsidy for an additional 60 days. Instead of the subsidy assistance expiring on December 31st, the new law offers subsidy assistance to any employee who suffers a covered job loss on or before February 28th. This additional two months of eligibility will enable thousands of families to continue their insurance coverage with the 65% employer subsidy. Second, in recognition of the volatility in the job market, the law expands the duration of the employer subsidy from 9 months to 15 months. This means that thousands of unemployed workers currently on the subsidy program will be able to retain their health insurance for an additional six (6) months while awaiting an economic recovery. The new law also resolves a technical issue that was created by the language of the original subsidy legislation. The original subsidy law required that both the qualifying event and the beginning of the COBRA coverage occur on or before December 31, 2009. This meant that if an employee was terminated in early December 2009, and COBRA coverage started on January 1, 2010, the employee would not have been eligible for the subsidy. The new law changes this by conditioning eligibility on the timing of the event causing the loss of coverage. Thus, if an employee is laid off on or before February 28, 2010, the employee will be eligible for the subsidy, regardless of when COBRA coverage would eventually start. The Act also offers a lifeline to employees who may have exhausted their nine months of subsidized COBRA coverage, but could not afford to continue coverage by paying the full premiums. These individuals will be able to get back on the group health plan (with employer-subsidy) if they pay their share (35%) of the missed premiums by February 19, 2010. To insure that employees know about this right, Congress has mandated that an employer (or its carrier or insurance administrator) notify employees and their dependents of this important new benefit. Employers should coordinate with their carrier to insure this important notice is sent out on time. The new law also offers subsidy relief for individuals who elected to pay the full COBRA premium after the nine month employer subsidy was exhausted. These individuals can take advantage of the extended COBRA subsidy for the full 15 months as well. The new law allows employers to apply the same refund or crediting rules as under the existing law. Once again, it will be incumbent on employers to notify these individuals and their dependents of their rights to the additional six months of employer subsidized assistance. A third group impacted by the new law are individuals who dropped COBRA before the original nine month subsidy expired. They too are able to take advantage of the full fifteen month employer subsidy. Once again, notice must be given to enable these employees (and their dependents) to make an informed choice whether to buy back into the employer health plan at the subsidized rate. The U. S. Department of Labor announced that it will be issuing new model notices in the next few weeks. Because of impending deadlines, employers should contact their broker or call the carrier directly to be sure that timely notices are provided. Richard S. Rosenberg is a founding partner of Ballard Rosenberg Golper & Savitt LLP, a management side labor law firm in Glendale. Rosenberg was recently selected as one of the 25 best lawyers in the San Fernando Valley. He may be reached at (818) 508-3700 or rrosenberg@brgslaw.com.