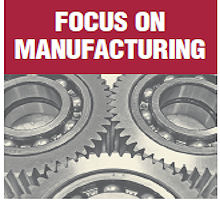 Aerospace and defense manufacturers continue to lead the pack as the largest employers on our List of Largest Manufacturing Companies in the greater of San Fernando Valley region. This year, they hold the top four positions on the List, which features 55 companies —an increase from last year’s List, which included 45 companies. Seventeen of the companies on the List did not appear last year, but responded to our survey this year. Lockheed Martin Aeronautics and Northrop Grumman Palmdale Manufacturing Center, both in Palmdale, hold the top two positions respectively, Lockheed with 3,000 local workers and Northrop Grumman with 2,670. Ranked third and fourth are Pratt & Whitney Rocketdyne in Canoga Park (1,450) and Northrop Grumman Navigation Systems Division in Woodland Hills (1,275). Another perennially significant category on the List is manufacturers of cosmetics and other beauty products. OPI Products, Inc., of North Hollywood, came in at sixth, with 685 employees. Classic Cosmetics of Chatsworth was 11th (250); Neutraderm Inc. of Chatsworth was 42nd (33), and Zerran International of Pacoima was 49th (15). All except Neutraderm are new to the List this year. Rounding out the remainder of the List were such varied manufacturers as: Anthony of Sylmar, a manufacturer of commercial refrigeration display doors and merchandising products, which ranked 5th this year as well as last; International Laser Group of Woodland Hills, a manufacturer and distributor of toner cartridges and imaging supplies (9); Pipedream Products, Inc. of Chatsworth, a manufacturer of novelty adult products, lingerie and bachelorette party favors (21); Matthews Studio Equipment Inc., specialized hardware and lighting, in addition to control devices for motion picture and television (25), Sundial Powder Coating of Sun Valley, powder coating for manufacturers and retailers (40th last year and 27th this year), and Active Inner Actions of Studio City, sportswear design, manufacturing and sales (52), which was new to the List. Aerospace and defense Ranking No. 8 on this year’s List is Spectrolab, a subsidiary of Boeing Co. in Sylmar that produces solar cells for spacecraft, and airborne searchlights. Spectrolab employs 430 workers in the Valley. The company on Aug. 1 named Troy Dawson as the new president, replacing David Lillington, who retired after 28 years with Boeing and Spectrolab. Prior to Spectrolab, Dawson had been director of satellite bus products at Boeing and deputy program director for the Boeing Wideband Global Satcom Block II program. “Troy’s proven track record of efficiently and effectively leading high-performance teams will be valuable to Spectrolab,” said Craig Cooning, vice president and general manager of Boeing Space & Intelligence Systems, in a prepared statement. “He understands that continuous improvements, such as Spectrolab’s ongoing factory modernization and automation, are important to reducing production time and costs, and lead to increased customer satisfaction.” The aerospace and defense industry also represents a large segment of business for Flextronics, in position 17, which has 200 employees and made the list again this year. After its acquisition three months ago of Stellar Microelectronics in Valencia, San Jose-based Flextronics has spent the summer aligning the two companies’ systems – and along the way, picked up an international award. In July, Flextronics announced that it had been honored with the Supplier of the Year Award from Shanghai Ri Yong-Jea Gate Electric Company Ltd., a leading supplier of automotive cooling fan controllers in China. The award was presented to Flextronics in recognition of its excellent manufacturing services, continuous quality improvement, on-time delivery and cost competitiveness. Flextronics provides engineering and production services of high reliability electronics for medical, military, aerospace and industrial controls. Paul Humphries, group president of Flextronics High Reliability Solutions, said the company’s acquisition of Stellar Microelectronics (which was 12th on last year’s List) makes Flextronics “even better able to address the precision-dependent, high-demand needs of the aerospace, defense and medical manufacturing markets.” Recent efforts, he said, have involved fully integrating the Valencia facility into the same technological systems Flextronics uses for its financial, human resources and sales departments, which has been completed, and “determining how we take those to market.” That, he said, required a significant investment in new equipment in Valencia. Flextronics executives have had several recent meetings at the Valencia plant to discuss how to grow the company’s business there and in other regions of the world, he said. The operation will remain in Valencia, adding that the company anticipates adding jobs locally. “We acquired (Stellar Microelectronics) for the business and also for the talent,” he said. Download the 2012 VALLEY’S LARGEST MANUFACTURERS list (pdf)