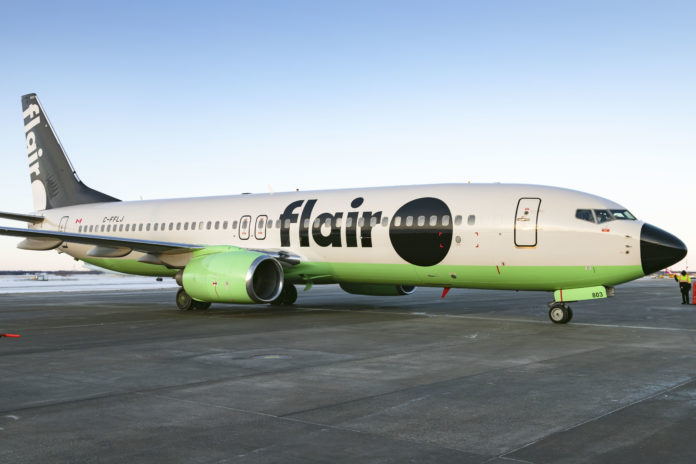 Low-cost Canadian air carrier Flair Airlines has added Hollywood Burbank Airport to its list of six new U.S. destinations.The Edmonton, Alberta airline will begin service between the San Fernando Valley’s only commercial airport and Toronto, Vancouver and Calgary starting Oct. 31. Fares will start between $79 to $109 (Canadian dollars) one-way aboard Boeing 737 aircraft, the company said in a release.Stephen Jones, chief executive of Flair Airlines, said that he wants Canadians to hear the company loud and clear that they don’t have to go into debt or save for months to travel to the U.S.“For years, Canadians have been over-paying for air travel to domestic and U.S destinations,” Jones said in a statement. “Flair is here to ensure that Canadians are no longer taken advantage of and receive low prices for even better service.”Flair would be the second new airline to start service this year at Hollywood Burbank Airport. This spring Avelo Airlines began service from the Valley airfield to 11 cities in seven western states.Rob Palmer, chief financial officer of the Calgary Airport Authority, said the airport was ready to welcome back travelers and looked forward to the added sunny winter options for the city’s residents.“We’re excited for our guests to get back up in the air again flying to the warm destinations of Phoenix, Burbank and Las Vegas,” Palmer said in statement.