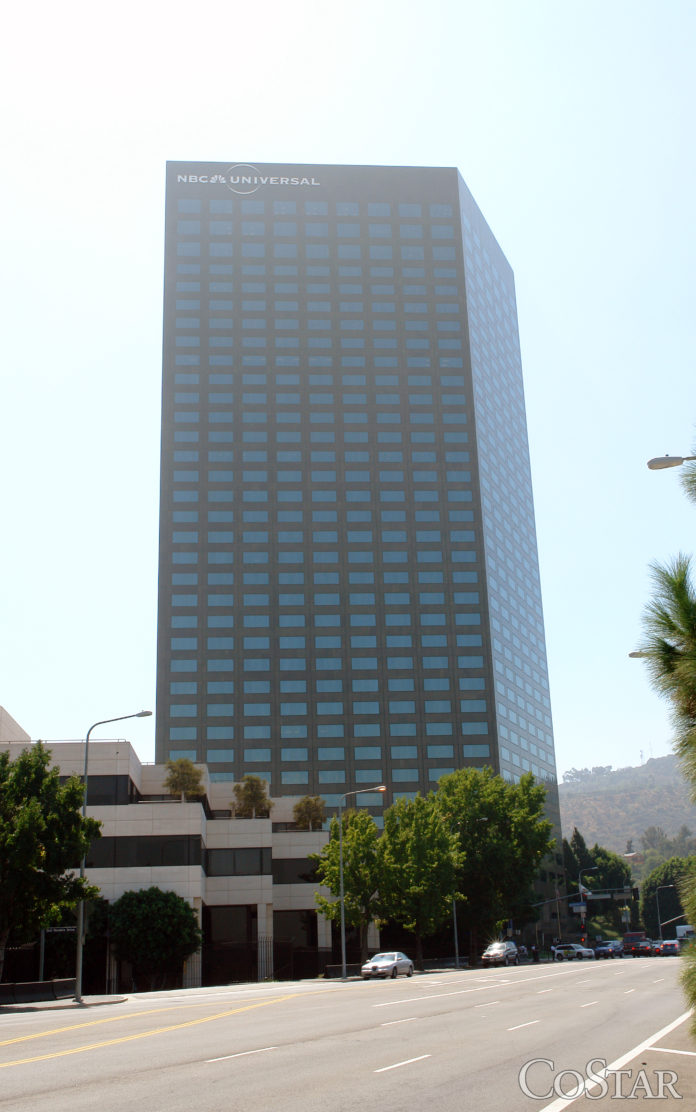 The tallest office building in the San Fernando Valley has sold for $420 million. Media conglomerate Comcast Corp. of Philadelphia bought 10 Universal City Plaza, the home of its NBCUniversal arm, from Normandy Real Estate Partners of Morristown, N.J. The 813,892 square-foot office tower sits on about 6 acres and is about 71 percent leased, according to real estate data firm CoStar Group Inc. About 425,000 square feet is occupied by NBCUniversal. The second-largest tenant is commercial real estate brokerage CBRE Group Inc., which occupies about 43,000 square feet. The property borders Universal Studios Hollywood theme park and is near the headquarters of movie studio Universal Pictures. The 35-story tower sold for about $516 per square foot. The transaction is the largest single building commercial real estate sale in the Valley in more than a decade. What’s more, it represents one of the largest single-property sales in all of L.A. County in that period as well. “This is massive,” said Troy Pollet, senior associate for CBRE whose office is in the building, but who was not involved in the deal. “No other investor would have paid this price, but it makes sense for them because of their presence in the building.” Earlier this year, Comcast completed its purchase of NBCUniversal from General Electric Co. The deal was valued at about $30 billion. The building was constructed in 1984 by Getty Oil Co. and designed by Skidmore, Owings & Merrill LLP of Chicago. Doug Marlow, executive vice president at CBRE who handles leasing at the property, did not return a call seeking comment.